Watlow® Helps Raven SR Bring the Dream of Green Energy, with the Help of Industry 4.0 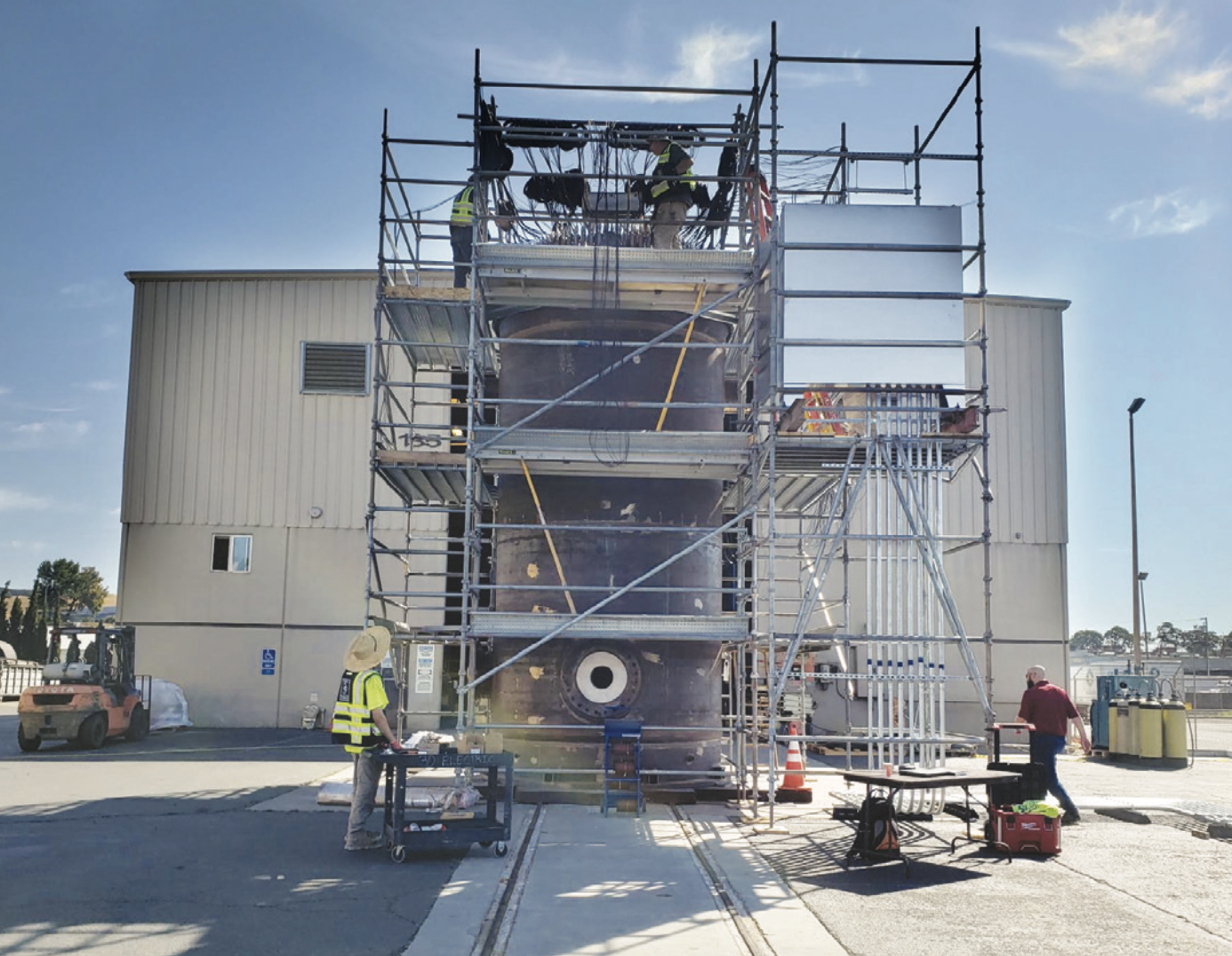 Raven SR is a clean fuels company that transforms waste into usable fuels. To do this, the company uses a process that requires high temperatures and precise control to maintain efficiency and, hence, cost-effectiveness. Watlow® provided extensive expertise in thermal system design, as well as Industry 4.0 control, in the development of this process. With Watlow’s help, Raven SR is well on its way to becoming a game-changing company offering technology that can help save the environment and boost energy independence.

Raven SR is a clean fuels company that transforms waste—think municipal solid waste, organic waste and methane—into high-quality, clean hydrogen and synthetic fuels. These synthetic fuels are Fischer-Tropsch synthetic fuels, meaning they are the result of a gas-to-liquid polymerization technique that converts carbon monoxide and hydrogen into liquid hydrocarbon fuels that can act as substitutes for petroleum products.

At the heart of Raven SR’s processes is a steam/CO2 reforming process that changes mixed feedstock and organic waste (biogenics, plastics and/or methane) into products in an environmentally-friendly way, without the need for combustion. Thus, there are no emissions—just clean hydrogen and fuels as output.

The work done by Raven SR is a crucial step in achieving clean energy and overall energy independence. Not only does their process create fuel from waste that would otherwise end up in a landfill, but its products can be created locally and delivered directly to gas stations in the region without the need for long-distance transportation or pipelines. Thus, its implementation can provide a path forward for sustainable energy security and independence at the local level.

Although combustion is not used as part of Raven SR’s technology, precise thermal control does play a huge part in driving an efficient and safe process.
There is already a clear and well-established connection between the operational targets that Raven SR is putting forward and the thermal content of the system. At higher temperatures, it is possible to achieve 99.9999% target output, a level of efficiency that makes the process cost effective as well.

Achieving the high temperature needed requires running heaters at their maximum capacity for extended periods of time. Those heaters are difficult to replace if something goes wrong. Thus, not only is precise control of temperature needed, but the system as a whole needs to be monitored for any signs of a problem, or for indications of degraded performance, well before any particular heater reaches a critical level of degradation.

Watlow brings 100 years of thermal engineering expertise to bear on the problems and challenges we are presented with. We were proud to provide such expertise early on in Raven SR’s design phase, helping them to design thermal systems from the ground up.

Together, the thermal system and controls included:

Sensors: Sensor inputs come from a number of thermocouples provided by Watlow. We were also able to connect the system to other sensors for gas composition, flow and pressure in order to get a more complete picture.

Connected architecture: The IoT “box” is at the heart of the system and includes hardware for connectivity, syncing data from eight F4T® controllers with control loops across four C5 WATCONNECT® panels. It also has inputs from the other sensors listed above. Connectivity to the cloud via a cellular router allows further routing of data to other applications and devices, while a 15-inch human machine interface (HMI) screen displays the total state of the system at any time using our custom-designed dashboard. These features allow for near real-time data logging and monitoring of system output. 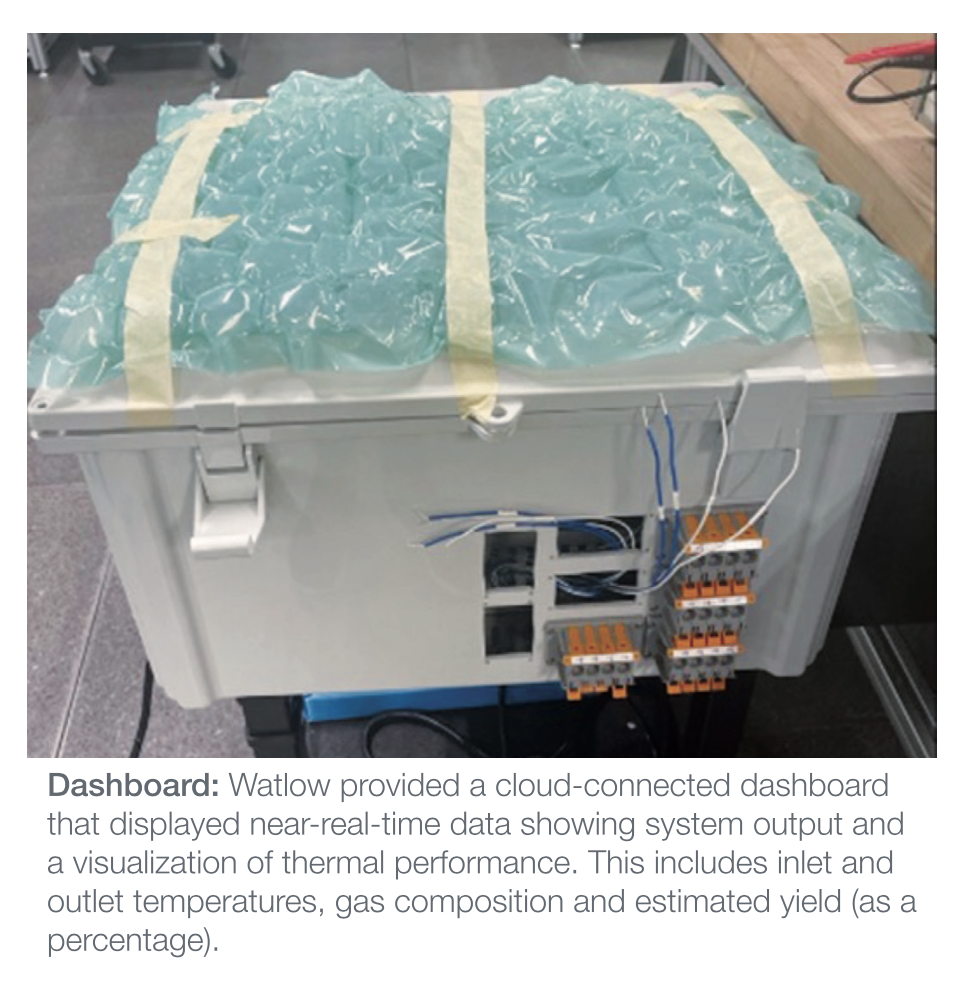 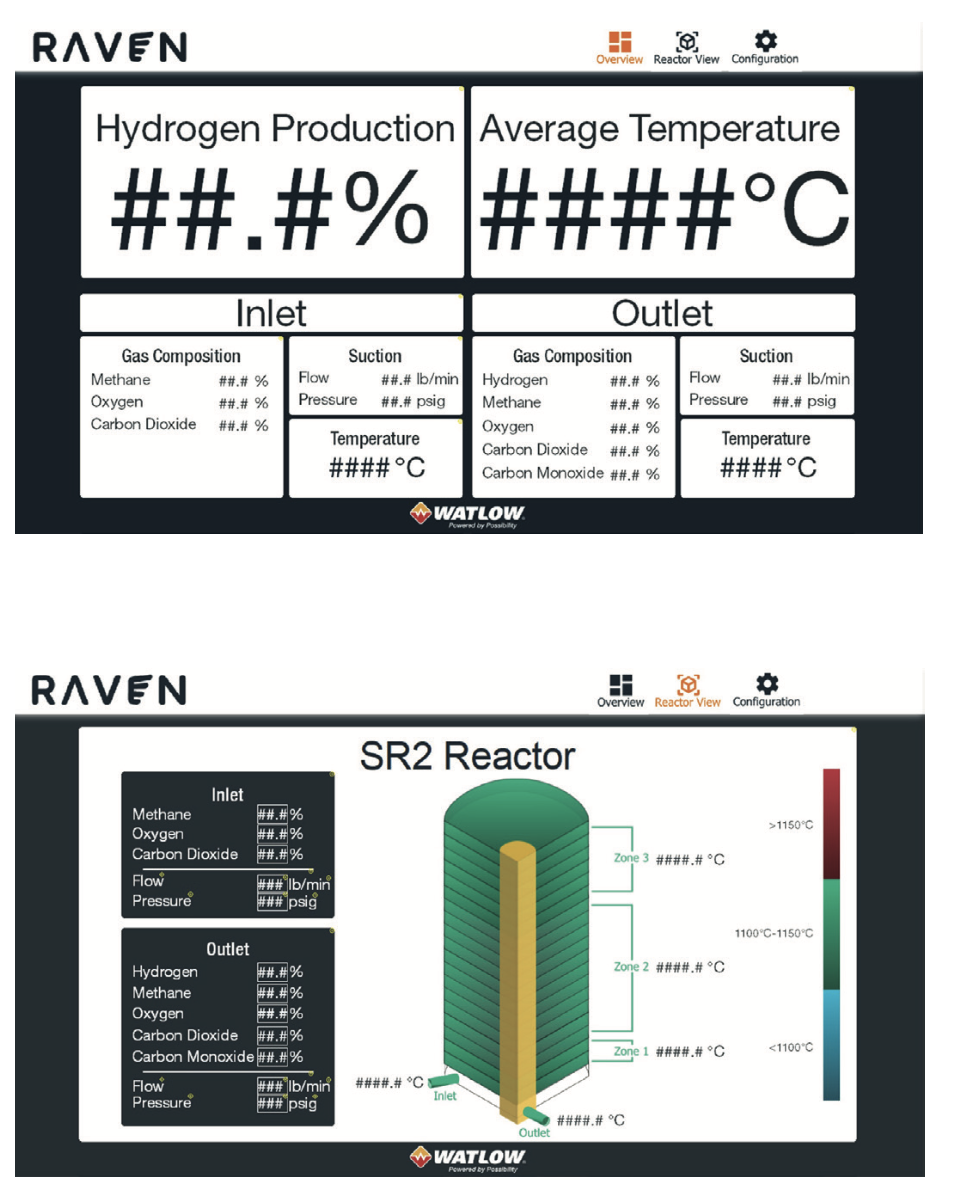 A Real-World, Transformative Example of an Industry 4.0 Application

This particular project is also a great example of an Industry 4.0 project. Industry 4.0 represents the ongoing automation of traditional industrial processes using advanced sensors, controllers and “smart” technology. This involves, at minimum, a physical layer of interconnected devices, often dubbed IoT, but advanced cases also utilize a simulation layer that models and predicts the behavior of a system as it unfolds over time (what is sometimes dubbed a “digital twin” of the system).

The sensors, controllers and connectors lay the groundwork for such a system, an important function of which provides a foundation for predictive and diagnostic analytics. One of the chief principles of Industry 4.0 systems is to gather granular data for better system operation while avoiding unnecessary maintenance cycles.

For example, if a system can be monitored and studied in real- time, it is possible to look for the telltale signs of, say, a part failure, well before it occurs, allowing engineers to proactively fix or replace the part. Over time, such data can also be used to better understand system wear and part longevity, allowing engineers to have better insight into maintenance cycles and system inefficiencies, thus prolonging system lifespan.

Watlow’s sensors, control architecture and dashboard all work together to allow Raven SR’s engineers to capture data and use it proactively to keep system efficiency and uptime as high as possible.

A demonstration run for Raven’s SR2 unit at the Benicia Fabrication & Machine plant in Benicia, California, was conducted in September 2022. This was the first connected Raven SR system in the field. For this demonstration, Watlow took advantage of the fact that the IoT controller had a cellular connection to the cloud, creating a mobile website that visitors could use to monitor a “mini-dashboard,” which showed what the system was doing in real-time. The demonstration ran as intended and showcased what the process would be capable of at full scale.

Assuming that SR facilities can be run at full capacity and deliver the same efficiency, what exactly would this mean for the future of this technology at scale?

First, it would represent a shift to more eco-friendly fuels. Hydrogen itself is a clean-burning fuel that does not create any greenhouse gases, save for water vapor. Fuels cells using hydrogen have undergone rapid development in recent years, and such fuels cells are providing an alternative to combustion engines on vehicles. Indeed, some researchers estimate that a hydrogen-based fuel cell could be two- to three-times more efficient than an internal combustion engine running on gasoline. Globally, the market for hydrogen fuel cells reached $6.6 billion in 2021, and is expected to grow to $19.5 billion by 2027, at a compound annual growth rate (CAGR) of 21.0%.

Second, for those cases where hydrocarbon fuels are still needed, SR facilities represent a way to create those fuels cleanly, and in just the right amounts needed instead of relying on the refinement and shipment of existing fossil fuels in the ground. Hydrogen and synthetic fuels could be created in the U.S. and provide a cost-comparative alternative to fossil fuels shipped from abroad, which would mean less reliance on foreign oil and natural gas. Not only would our energy supplies rely much less on foreign actors, but our nation could save on the costs to ship that fuel or to build expensive pipelines. Fuel plants could be built regionally, with products sent just a short way to fuel stations where they would be needed.

Third, it would be another way to tackle the increasing amount of organic waste that our country produces. Some 140 million tons of solid waste go into our landfills each year; roughly 133 billion pounds of this is food waste or similar organic waste. If even a fraction of this could be converted to useful fuel, it would make a huge impact on our landfills and the neighborhoods surrounding them. 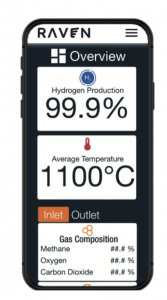 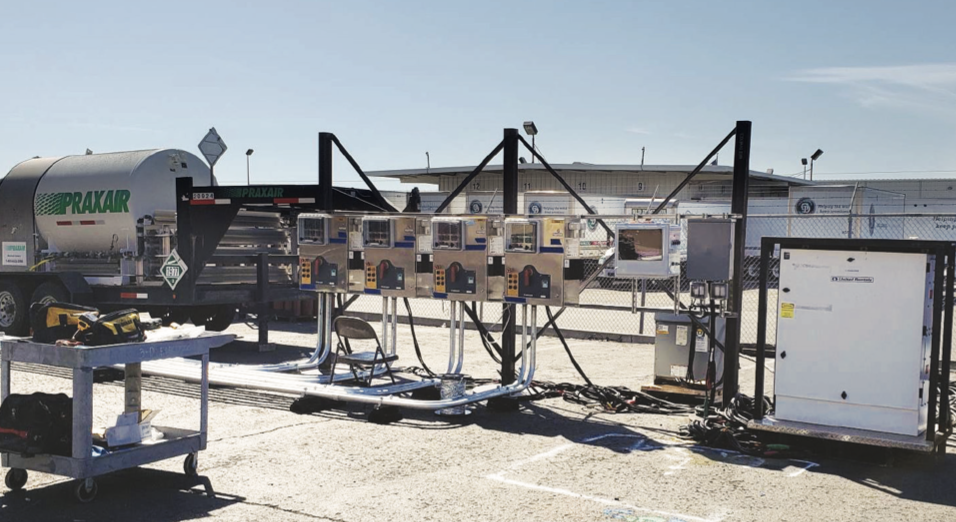