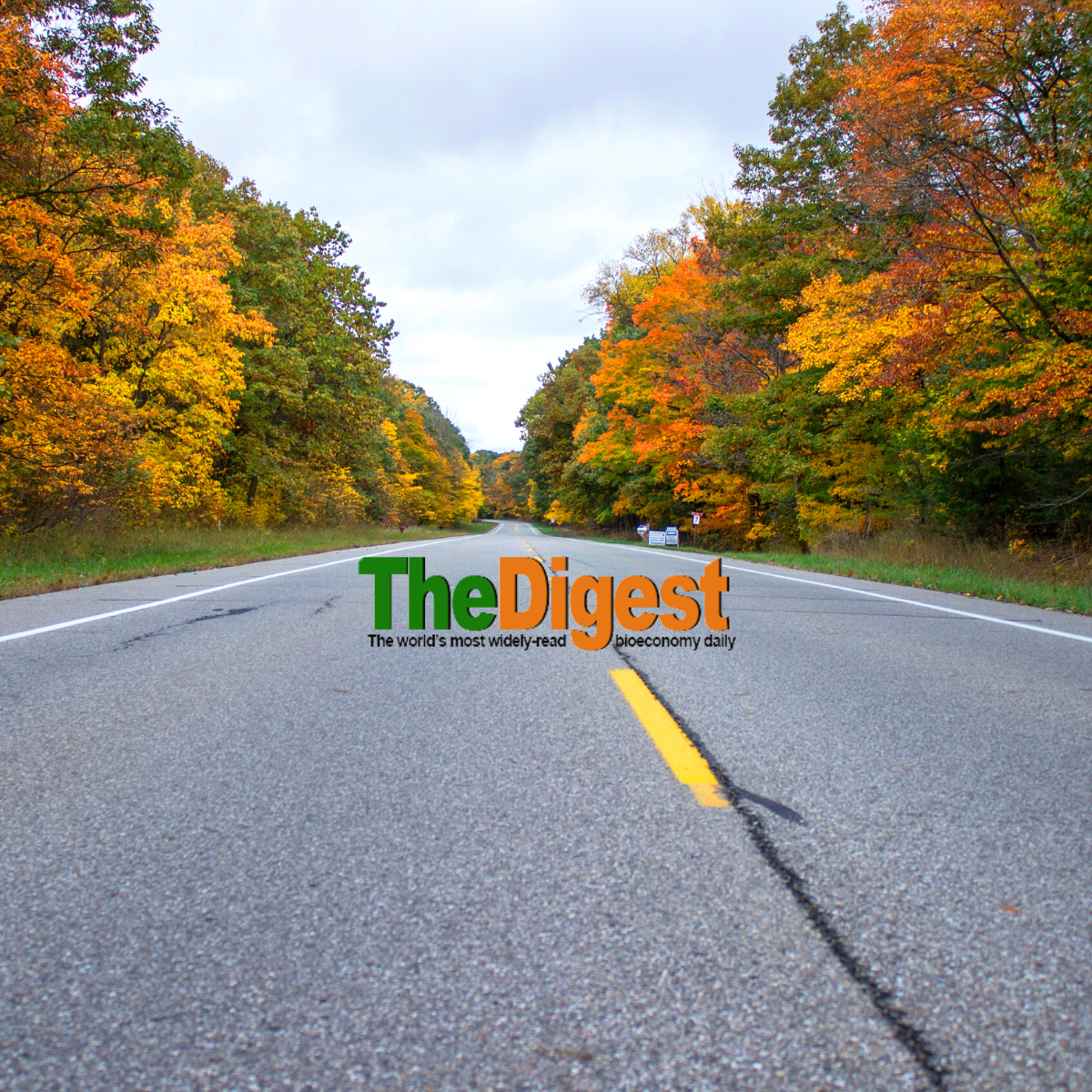 – Reported by The Digest

From the wilds of southwestern Wyoming and Oklahoma comes welcome news. As we reported last week, Raven SR and Emerging Fuels Technology signed a landmark MOU to integrate their respective technologies into an advanced system for producing sustainable aviation fuel and renewable diesel. Let’s look at it in more detail today.

We’re not sure about the raven, except that in a dim schoolroom in the Pacific Northwest in time gone by, we learned about Raven, the creator and transformer of the world, who brought knowledge of fire to the people, and light to Earth, subject of so many raven tales. The raven symbolizes wisdom and understanding, the complexity of truth.

So: concho nika shikhs — the raven is my friend. There, now you know some Chinook jargon, you are one hyas muckamuck, one righteous dude. Your takeaway — ravens are part of a powerful symbology derived from nature and older than Western civilization, just as stream reformation is a part of a powerful energy system.

Back to synthetic fuels

The combination of EFT and Raven tech. The collaboration with EFT, particularly the 75 BPD and 500 BPD systems is said to match up well with Raven’s standard systems, will enable us to produce advanced fuels from waste on a local basis. Think high enough volumes to make modular systems a go.

“We expect to go to market on an accelerated timeframe for SAF and other renewable Fischer-Tropsch fuels by incorporating EFT’s well-regarded catalyst/reactor technologies,” said Matt Murdock, CEO of Raven SR.

Raven SR and EFT will optimize their process to maximize production while further reducing emissions. The Master License Agreement will enable Raven SR to deploy its technology with EFT technology on a global scale, producing liquid fuels more quickly and nearer to market.

The Raven SR technology is a non-combustion thermal process for converting organic waste and landfill gas to hydrogen and Fischer-Tropsch synfuels. The Steam/CO2 Reformation” technology, produces more hydrogen per ton of waste than competing processes, making the cost per kg of hydrogen competitive, which has been a challenge of adopting hydrogen as a fuel source – and bringing long-term and integrated value to Raven.

The technology can also be implemented quickly, meeting demand faster and closer to the market. Raven SR’s unique process can also convert waste to produce other renewable energy products, such as sustainable aviation fuel, synthetic liquid fuels (diesel, Jet A, mil-spec, JP-8), additives and solvents (such as methanol, butanol, and naphtha).

We reported last September that Raven SR, teamed with Republic Services, Inc. to convert organic waste to produce green hydrogen at a site in Richmond, Calif. Raven SR will initially process up to 99.9 tons of organic waste per day at Republic Services’ West Contra Costa Sanitary Landfill and produce up to 2,000 metric-tons per year of renewable hydrogen as well as power for its operations. Raven SR’s patented Steam/CO2 Reformation process enables it to be one of the only non-combustion, waste-to-hydrogen processes in the world. Additionally, Raven SR’s goal is to generate as much of its own power onsite to reduce burden on the grid.

We profiled the company in our Multi-Slide Guide series, here.

This might be the most interesting group of people that’s come out of Wyoming since the Hole-in-the-Wall Gang, and with much more noble aspirations, to boot. We’ve had some technology starts and stops in the bioeconomy in the Cowboy state, I think in some ways for the same awful reasons that people in West Virginia have resisted renewable energy, it feels like as assault not only on fossil fuels, but on their way of thinking, their way of doing things.

I don’t think that divide will last forever — the national narrative of Wyoming focuses on nativism, anti-government rhetoric, Trumpism and deep-right politics, I’ve never bought into any of that, it’s a state of practical people who cooperate in almost every aspect of their lives. They don’t much like to be told what to do, it’s not exactly libertarianism, but there’s quite a streak of anti-far-awayism that the federal government fits into. But they don’t mind wind farms much at all, Converse county is full of them, they don’t mind fuels, and they like an opportunity as much as the next guy. In some ways, Raven SR is in just the right place — their technology may not just change the energy mix, it may change some minds for the better. Change, that’s what raven brings.

Reaction from the stakeholders

“This MOU represents a meeting of the minds and facilitates a means to produce premium synthetic Fischer-Tropsch fuels from waste materials” said Kenneth Agee, Founder and President of EFT.

“We share similar ambitions of accelerating the production of renewable fuels with negative carbon intensity on a cost-competitive basis. We are very impressed with the first-rate quality of Raven SR’s syngas and the efficiency of its process.”