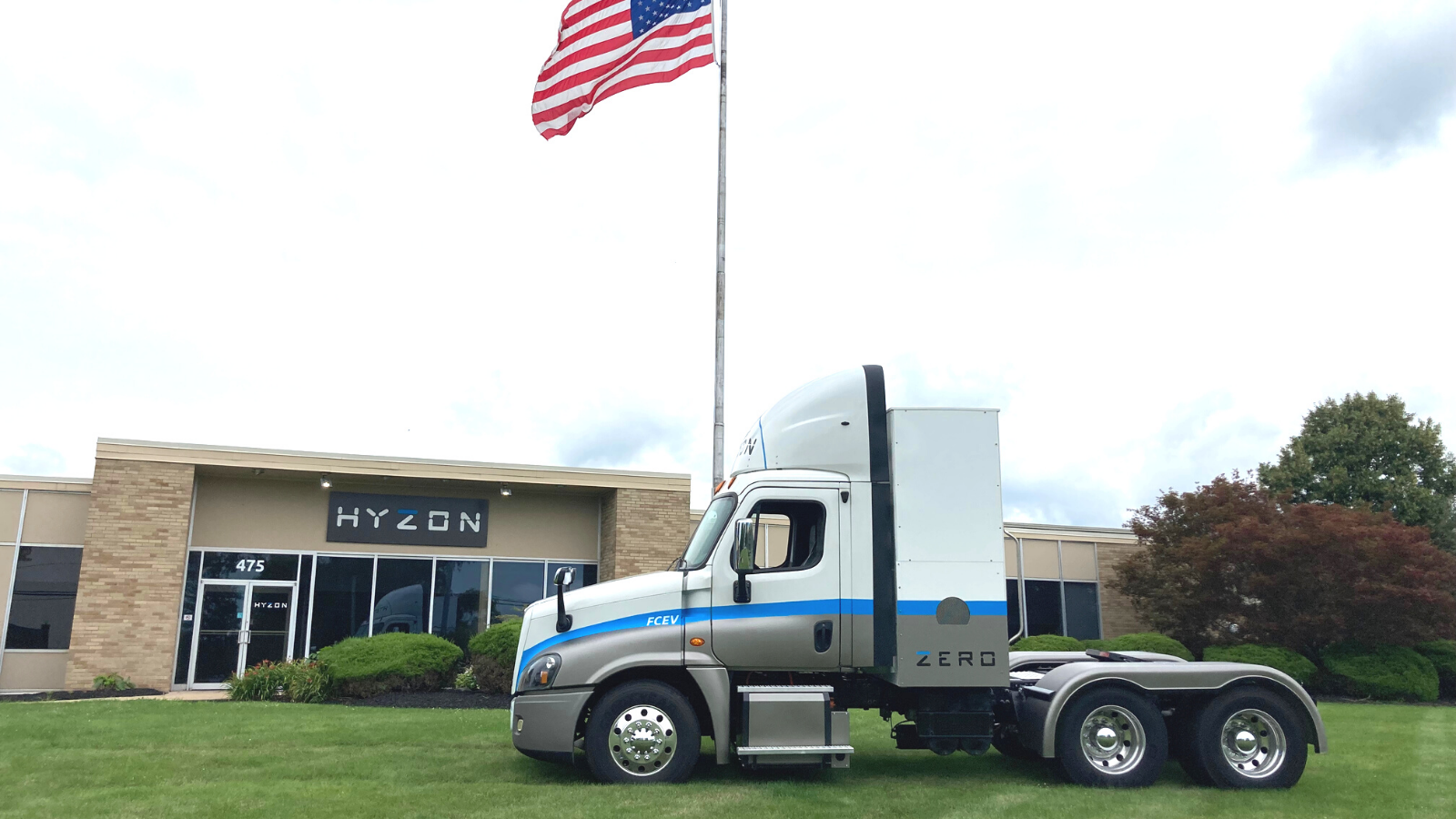 Hydrogen-powered heavy-duty truck company Hyzon Motors said Wednesday it is ramping up operations in the wake of its merger with blank-check firm Decarbonization Plus Acquisition Corp., including shipping its first trucks to European customers.

The company, which reported second-quarter earnings Wednesday, said it is also preparing to start its first customer trials in the United States.

Like other transportation companies that have gone public via a merger with a special purpose acquisition fund, Hyzon doesn’t yet have any revenue to speak of. Instead, Hyzon is banking on the huge injection of capital from the transaction — more than $500 million — and growing customer orders to take it to positive cash flow.

As of now, the company reported a net loss for the quarter of $9.4 million, including $3.5 million in R&D expenses. It had a negative adjusted EBITDA of $9.1 million. The company has $517 million in cash on hand, enough to reach free cash flow by 2024 without having to sell additional equity, Hyzon CFO Mark Gordon said during a second-quarter earnings call.

In addition to manufacturing hydrogen fuel cell powertrains, Hyzon is also investing in hydrogen fuel production hubs, a key piece of infrastructure for technology uptake. In April, the company signed an MOU for a joint venture with renewable fuels company Raven SR for up to 100 hydrogen production hubs. Gordon confirmed the first two will be in the Bay Area.

He also said that the company is on track to deliver 85 fuel cell vehicles by the end of this year, with the company’s first revenue coming next quarter. Orders and memoranda of understanding under contract has grown to $83 million from $55 million as of April, but many of the MOUs are non-binding. An agreement with Austrian grocer MRPEIS for 70 trucks next year is one such example. Similarly, Hyzon faces a slightly uphill battle in terms of technological adoption, as many of their customers have never seen or used a hydrogen fuel-cell vehicle.

“Many customers are getting their hands on the first fuel cell vehicles they’ve ever seen in the next six to 12 months,” CEO Craig Knight said during the call. That is a genuine kind of technology validation process and the customers need to feel comfortable the vehicles function well in their use case.”

While many of Hyzon’s sales are for a small number of trucks, Knight said he sees the purchasing timeline from initial sale to fleet conversion growing shorter — at least in Europe, where there is significantly more hydrogen availability. “Whereas, earlier I would have said, it’s a 12-to-18 month process to go from getting your first fuel cell truck and trying it out and then maybe getting a few more and figuring out what fleet conversion would look like over time, and then kicking off that fleet conversion process — I actually think that’s compressing,” Knight said.

The company is focused mostly on back-to-base operations rather than long-haul freight haulage, as the latter requires a more extensively built-out hydrogen refueling network. The U.S. customer trial with logistics company Total Transport Services Inc. is a high-utilization (trucks can run up to 18-20 hours per day) use case, but the truck will only ever need to access the single refueling station in Wilmington, California. “It’s a good application for hydrogen, and we’re not introducing the complication of having to find hydrogen stations across the country,” Knight said.

This was originally posted on Tech Crunch by Aria Alamalhodaei.