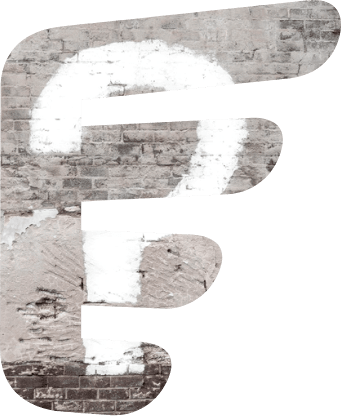 Enter your query below:

Steam/CO2 Reforming is Raven SR’s patented process of reformation first developed by Dr. Terry Galloway. The governing chemical reaction is CaHbOc + d CO2 + (a-c-d) H2O (a+d) CO + (a+0.5b-c-d) H2. This amount of steam and CO2 are critically important to completely convert the organic compounds to hydrogen (H2) and carbon-monoxide (CO), and depends upon the empirical formula (i.e., atomic composition) of the feedstock. The process is optimized to produce nearly 100% conversion of carbon species and dependably produces a hydrogen-rich syngas regardless of feedstock utilized.

Gasification is a process that converts biomass or fossil fuel-based carbonaceous materials into gases, including as the largest fractions: nitrogen, carbon monoxide, hydrogen, and carbon dioxide. In general, the process is at high temperatures (>700oC) with a controlled amount of oxygen. Raven, on the other hand, is not an oxidation but reductive chemical reaction.

After multiple commercial systems built by Intellergy in the mid-1980’s, Raven SR built a 1/10th ton engineering unit and placed it in Berkely, CA. The purpose of the system was to test additional feedstocks and to develop a new Fischer-Tropsch reactor design. The design was successful, patents filed, and construction of commercial-sized reactors is scheduled for later in 2022.

“any process in which a substance combines with oxygen to produce heat and light.” [Oxford Dictionary of Chemistry] or “Burning (rapid oxidation) of fuel, which releases energy in the form of heat and light, and also releases pollutants (such as sulfur dioxide, nitrogen oxides, and particulates).” [Oxford Reference: A Dictionary of Environment and Conservation]

A method of gasification by which heat is generated directly by the partial oxidation inside the gasifier. (source Science Direct)

Used in typical gasification processes where pure O2 is actively incorporated in the reaction, this dilutes N2 compounds and combustion becomes more stable than lean combustion for same thermal input.

A secondary reactor to purify hydrogen production (after the Water-Gas-Shift reactors) which use beds of solid adsorbent to separate impurities from hydrogen streams leading to high-purity high-pressure hydrogen and a low-pressure tail gas stream containing the impurities and some of the hydrogen. The beds are then regenerated by depressurizing and purging.

An exothermic process is one that gives off heat. This heat is transferred to the surroundings.

A furnace style with a revolving retort which is a horizontally oriented drum with internal flights that while rotating it tumbles and conveys the load from one end to the other. This action of tumbling provides uniform heating and process gas distribution for very small and densely packed workloads. (see Calciner)

Combustion in the presence of air and/or oxygen.

Raw material used for processing or manufacturing another product.

Any fuel that is derived from biomass (i.e., plant algae material or animal waste) through fermentation and gasification. Biodiesel is made by combining alcohol (usually methanol) with vegetable oil, animal fat, or recycled cooking grease. Biofuels require a high sugar content feedstock, which is often grown specifically for fuel production.

Blue hydrogen is produced by what is known as natural gas steam reforming, meaning the separation of natural gas into hydrogen and CO2. The CO2 is not released into the atmosphere afterwards but is directly stored (CCS = carbon capture and storage).

Grey hydrogen is obtained by steam reforming fossil fuels such as coal or natural gas. Per tonne of hydrogen, ten tonnes of CO2 are generated as waste which is released unused into the atmosphere.

A liquid fuel, or sometimes gaseous fuel, obtained from syngas, a mixture of carbon monoxide and hydrogen, in which the syngas was derived from gasification of solid feedstocks such as coal or biomass or by reforming of natural gas. Common ways for refining synthetic fuels include the Fischer–Tropsch synthesis, methanol to gasoline conversion, or direct coal liquefaction.

A substance used to dissolve, suspend, or extract other materials, usually without chemically changing either the solvent or the other materials, resulting in a solution. A solvent is usually a liquid but can also be a solid, a gas, or a supercritical fluid.

A strategy used by fleets where the capacity to refuel or recharge is located where trucks begin and end each day.